Dutch DJ/Producer Komplexx began his music career in the mid 90s, under his first moniker of Phonc. Playing a range of styles from Drum & Bass to Hip-Hop, his broad taste in music made him an ideal resident for Diogenes in his hometown of Nijmegen (Holland). His smooth mixes and attention to detail soon caught the eye of promoters further afield, landing him many opportunities to support acts across The Netherlands and internationally including headlining events in Egypt and Sri Lanka.

In the late 90s Komplexx began his foray into the world of production, guided by the help of a fellow artist who had presented him with an old Atari computer loaded with a copy of Cubase. Over the following six years and with a relocation to Sri Lanka, he spent the life of an aspiring producer day and night, eventually landing his first record deal with UK based breaks label 10 Kilo with the acidic breaks monster “sLusT”. 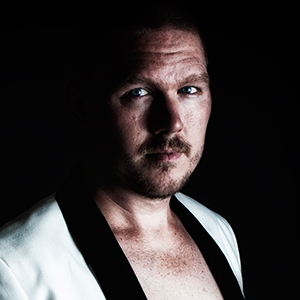 “In my world, music has always been about energy and emotion. A groove that gets you going and a melody to lock you in. If a song just has one of these, it’ll be ok. But for me, it needs both to create the perfect dance tune!”

It was quickly supported by leading DJs and regularly featured in charts and mixes worldwide. A follow-up deal was quickly secured with a second release on MOB Records.

Now residing back in The Netherlands, his focus has shifted towards his longevity in the electronic music business. And for the last 6 years he developed his own studio engineering company supporting local and international artists. Working with a number of recording artists from across the dance and pop spectrum, along with various film and television companies, he has been behind some of the industry’s most prolific writing and production projects.

Ever the artist at heart, Komplexx has recently released on seminal labels such as Poolside Recordings and Silhouette Noir along with his own recently launched imprint, “Mimi Music”. Initially designed as a home for his own productions the first scheduled release is set to launch early April 2016 featuring remixes from Sascha Dive and Dani Hageman, available in both digital and vinyl formats.

“It has always been a struggle to produce my own tracks. But once I was satisfied, I always felt that the hardest part was yet to come. To find a suitable outlet for my creations. And I was sure I wasn’t alone in that. That’s why I decided to start Mimi Music, to make the process of sharing easier. For both me and other producers with the same passion. And vinyl is in my opinion still the best carrier of quality house and techno!”